The Xiaomi M365 has been the world's most popular electric scooter for a several years. Xiaomi created the ideal electric scooter that ticks all the boxes and appeals to the masses. In order to maintain their lead at the top of the e-scooter marketplace Xiaomi have decided to upgrade their most popular model with the Xiaomi 1S.

The Xiaomi 1S is an upgraded replacement of the Xiaomi M365 for 2020 and beyond. In this Xiaomi 1S electric scooter review I will explain the specs and features of the 1S, the pros and cons, and will tell if you if it is a worthy upgrade to the Xiaomi M365 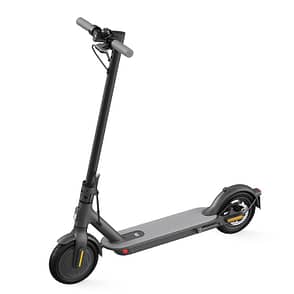 Get The Xiaomi 1S at Pure Electric and save £30 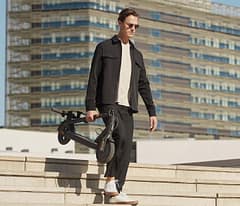 If you think that the Xiaomi 1S greatly differs from the previous generation M365 then you might be a little disappointed. There are certainly some significant changes and improvements but some things remain the same. The 1S has the same 250 watt motor and 100 kg carrying capacity, just like the M365. Xiaomi have decided to stick with what works rather than make radical changes to one of the world’s best selling electric scooters.

The one notable design difference between the M365 and 1S, is the upgrade to the display. The 1S now has the same display as the higher end PRO 2 model. This improved display shows information more clearly and it is a significant improvement to the old design that only featured battery level with a few dots.

The battery has a 275 watt hour capacity, which gives a manufacturer claimed top range of 18.6 miles or 30 kilometres. However, it’s always worth keeping in mind, range estimates are set in optimal conditions. So in real life conditions you will usually get less milage out of the scooter. The charge time for the battery is a fairly decent 5.5 hours from flat.

Although it has the same size motor as the more affordable Essential model, the Xiaomi 1S weighs slightly more at 12.5 kg-s. This is due to the bigger battery, which gives a slightly more powerful ride and a higher top speed of 15.5 MPH.

Just like the other models in the Xiaomi lineup, you get the same water resistance rating of IP-54. This basically means you will void your warranty if the scooter is ridden in the rain or gets wet from puddles in the road.

There’s also a bell, a kinetic energy recovery system (KERS), which recovers some energy when breaking, an integrated display and built in Bluetooth.

The Bluetooth can be paired with the Xiaomi Home App. Which allows you to get some handy features, such as the remote locking system to deter theft, this will lock the scooters breaks and causes it to peep if moved.

It will also allow you to turn ON or OFF the Cruise control and track your ride information. With their latest range of electric scooters, Xiaomi have added some important safety features. Like on the other Xiaomi models, you’ll find a 2-watt output front LED light, which gives good visibility in the dark. It’s also been angled down to prevent dazzling other people around the scooter.

The front and side also feature reflectors, which are important safety feature, especially when electric scooters have become street legal in many places.

A really important new feature found in this year’s range is the stays built into the rear mud guard. These are great for reducing chatter and noise when riding over rougher surfaces. But crucially, they also protect the Xiaomi 1S from one of the most common return issues – People incorrectly standing on the mud guard.

The 1S build is the same as the Xiaomi Essential and Xiaomi M365 with an aluminium alloy body, which gives a solid and reassuring feel when riding. The 8.5-inch pneumatic tires really help to smooth out most of the bumps on rough roads and the grippy rubberized platform offers plenty of grip under the feet.

Although the acceleration and top speed of the Xiaomi 1S are standard, the motor kicks in fast and smoothly. The Standard mode with a top speed of 12.4 mph is ideal for most situations for cruising and commuting. The Sport mode is more aggressive and might take a bit more time to get used to for some people. Sport mode is ideal to use when going uphill.

The weight greatly affects the riding experience and if you are a heavier rider you might find the 1S to be a bit slow and sluggish. Because of that the Xiaomi Pro 2 would be a better choice.

The 1S has both rear disc brake and front electronic anti-lock braking system, which are both activated at the same time. When the brake lever is pulled too hard the scooter can skid. It is really important to get a good feel for the brakes on a new scooter so you don’t encounter any unexpected situations.

The 1S electric scooter is easy to fold up in just 3 seconds and the 12.5 kg weight is still light enough to carry it up the stairs or for short distances.

Here are the pros and cons of the new Xiaomi 1S

Overall the Xiaomi 1S is a worthy upgrade to the Xiaomi M365. For the same money you get more upgrades and added features. It makes more sense to choose the newer and updated 1S over the previous M365 electric scooter, if you had planned to purchasing the M365.

But if you are looking for something with more speed, power and water resistance rating, then the Xiaomi 1S might not be best for you.

Get The Xiaomi 1S at Pure Electric and save £30

Exactly as described. Improved lights and reflectors than those on my Pro bought earlier in year.

Fast and Cheap Electric Scooter for Adults in 2023!