Electric scooters, also known as e-scooters, have become increasingly popular in recent years as a convenient and eco-friendly mode of transportation. However, there is often confusion about where and how these vehicles can be used. In particular, many people wonder if it is legal to ride an electric scooter on the road.

The answer to this question depends on the specific laws and regulations in your area. In some places, e-scooters are treated the same as bicycles and are allowed on the road, while in other places they are classified as motorized vehicles and are restricted to bike lanes or prohibited altogether. 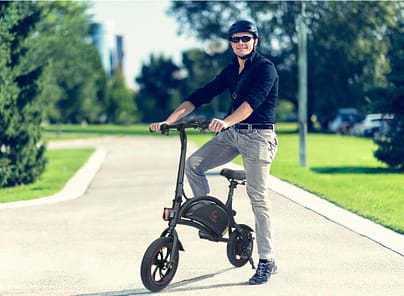 In the United States, e-scooter laws vary by state and even by city. In some states, such as California and Colorado, e-scooters are considered "low-speed electric bicycles" and are subject to the same laws as traditional bicycles. This means that they can be ridden on the road, as well as on bike lanes and paths. However, there are also states like New York, where e-scooters are not legally permitted on roads or sidewalks.

Similarly, in the United Kingdom, e-scooters are only allowed on private property and are not currently legal for use on the roads or pavements. However, the UK government is currently running a trial scheme in some areas, which would allow e-scooters to be used on certain roads and cycle lanes.

It's important to note that even in places where e-scooters are allowed on the road, there are often specific rules and regulations that must be followed. For example, in California, e-scooters are required to have a maximum speed of 20 miles per hour and must be ridden on the right side of the road. In addition, e-scooters are typically not allowed on highways or interstates and riders are often required to wear helmets.

In addition to the legal considerations, there are also safety concerns to consider when riding an e-scooter on the road. E-scooters are smaller and less visible than cars and motorcycles, which can make them more difficult for other drivers to see. This can increase the risk of accidents, especially at intersections and in heavy traffic.

E-scooters also have a shorter braking distance than cars, which can make it more difficult for riders to stop quickly in an emergency. In addition, e-scooters have a lower weight and smaller wheels which can make them more unstable on the road, especially in wet or slippery conditions.

Despite these challenges, many people find that e-scooters are a convenient and enjoyable way to get around. They are relatively inexpensive to purchase or rent, and they are much more environmentally friendly than cars. Plus, e-scooters can be a fun and efficient way to travel short distances, such as from home to work or to run errands.

In conclusion, whether or not you can ride an electric scooter on the road depends on the specific laws and regulations in your area. If e-scooters are allowed on the road where you live, it is important to familiarize yourself with any rules and regulations that apply, and to always use caution and common sense when riding. With the right mindset and safety precautions, e-scooters can be a great way to travel.